Yesterday I made one of our favorite soups for the Packer game. We played San Francisco, who for the last several years has run amok on us. But not so with the game yesterday! And being the fan I am, I do believe my soup was part of the reason we won. It was an ugly win, but I’ll take it.

You know what wasn’t ugly? The beautiful soup! One reason I like this soup is that it’s so easy and has a nice bit of spiciness to it. I get most of the ingredients at Aldi so it’s also pretty cheap to make, especially because it makes a lot and then we have some leftover for lunch. (And on this rainy Monday I will be enjoying a bowl during the noon hour.)

I made up this recipe one day a couple years ago and we tend to make it when we play a coastal team. (Get it? Shrimp… the coast… it’s fan logic.) I make this in my Dutch oven. Heat up the olive oil and add the green onions. I add a pinch of salt and pepper and cook them until tender, about 5 minutes. Then, I add the potatoes. I just love how pretty Yukon gold potatoes are, don’t you? I leave the skins on but you could peel them if you’d like. Toss them in the pot along with 1/4 t. red pepper flakes and about 1/4 t. pepper, and 1/2 t. Kosher salt. You’ll cook them just to soften them a bit, another 5 minutes. Then, add the chicken stock and cook about 15-20 minutes, or until the potatoes are tender.

In the meantime, put the shrimp (I take the tails off) in a separate bowl with 1/4 t. pepper, 1/4 red pepper, and 1/2 Kosher salt. Toss to coat and let it sit and hang out while the potatoes are cooking.

If your Schnoodle stares at you like, why aren’t you making me dog treats instead, tell her sometimes the people in the house need soup. She’ll understand. Or, she won’t and then you’ll have to make it up to her by playing a rousing game of fetch during halftime. Mash up half the soup and potato mixture with a potato masher. This is how I thicken the soup. I like some chunks, too so I don’t go more than half. You can adjust this to what you like best.

Add the shrimp and 1-2 teaspoons of hot sauce (or more if you like it really spicy, or skip it if you choose). I like a nice heat that doesn’t burn my mouth off but even that might be too hot for your taste. The nice part is this soup is really flexible that way. Add the parsley (I use flat leaf and cut up whatever I have, anywhere from 1-3 tablespoons). Warm through. And you’re done. 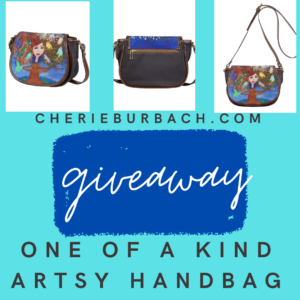