Since I know a lot of writers, I know a lot of discouraged people. Writing is one of those professions where you get turned down a lot, but it’s also one where you need to change your idea of where you want to go from time to time too.

You might think a big publishing contract is the way to go, and then realize you’d rather self-publish. Or perhaps it’s the other way around. You self-published and from now on you’re going to go for a traditional contract. Maybe you invested all your time in one client and then that job dried up and now you’re back to the beginning, looking for gigs.

The professional writing world is all about change. And yes, it can be discouraging sometimes.

I see a lot of writers get in a bad place that starts with discouragement and then ends up with jealousy. They’re discouraged because they want something like a publishing contract, and then when someone else gets one they get jealous.

I wish I could take their jealousy and bad feelings away. It just isn’t worth it. God has blessed me with an ability to rise above jealousy. Whenever I see a situation that isn’t working out the way I had hoped, I take a step back and think about it. Obviously, this involves a lot of prayer. There is no better place than the Psalms when it comes to finding inspiration:

I don’t get jealous (don’t hate – I’ve got other issues), but I do get discouraged. When I keep hitting a dead end I wonder where I’m supposed to go. The answer always comes, although sometimes it takes a while. I’ve begun to look at disappointment like a big change of direction sign. Sometimes I even picture God like one of those guys directing airplanes on the ground. Have you seen them? They wave their flags in an urgent attempt to move planes across a runway so they can take off.

I picture God doing this with us. He sees we’re trying to take off on one runway, and only He knows that there is nothing but bad weather and delays if we do this, so He directs us to launch from another point. It feels weird to us, but if we follow, we may just find that where we land is so much better than the original place we had intended to be. 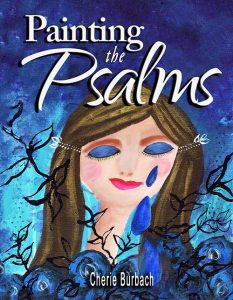 She teaches the art of mixed media in classes and online ecourses.

Previous Post: « Because These Are the Rules, He Said
Next Post: Because Mary Oliver Is the Coolest Ever »

I thank you God for this most amazing day, for the

Yard flags aren't just for summer. For those of us

So many people write me telling me about the dark

“Human progress never rolls in on wheels of inev

Animals praise a good day, a good hunt. They prais

So many things can divide us, especially now. One

Friday blessings to you.

Will you join me in sending thank you letters to t