NEW! Bunting is in! Shop Now

I’ve spoken (probably too much) that in the last couple years I haven’t taken much time off. I think the reason I stress that is because so many people think you have loads of time when you’re a writer. I know a lot of writers that do it for fun or extra income, and for them, yay. For me, I need the income to help support my family, so it’s a business. Which means… work! But I’m not complaining. I love what I do. I worked for years in jobs I hated and to have a few that I love love love? Heaven!

So to make a long story longer, I took some time off during the holidays, which I can’t even remember the last time I was able to do. Hubs had off too, so we had a nice little staycation. I still had to pop into work for some things, but we were able to do some very fun stuff around town, too. We went to:

I also did some reading, crafting, and writing (of course!) I got the game Ticket To Ride

for Christmas, and we had a blast playing that with some people.

On New Year’s Eve, we once again got back to our movie night (which we abandoned for a couple of years because we had company over). We were really looking forward to it this year, and it was probably one of the funnest (is funnest a word?) nights we’ve had in a while. We watched Es

ther Williams movies (because I just love her), and they were really cute. We also found this awesome deal at the grocery store where they had two steaks and two lobsters (small, but enough to satisfy you) for under $25. We got a grocery gift card for Christmas, so we also picked up a bunch of other items (along with a nice bottle of champagne) so it didn’t cost us a dime! (Is free food and drink better than stuff you pay for? It might be.)

This New Year’s might sound boring to some people, but it was so fun for us. We also had a Bûche de Noël cake (which we got from Trader Joe’s for the unbelievable price of $2.99), which capped the night off nicely.

On New Year’s Day, we watched the Packer game (and they won even with many of the second string in! yay!), watched our traditional movie (Bridget Jones’s Diary

, which we watch every year), and wrote in our New Year’s book.

The book is interesting. We started this tradition when we were first dating. We were engaged, and I thought, well wouldn’t it be cool to write a few words that we reflect back on from year to year? (You know me and words…)

DH loved the idea and we’ve been doing it ever since.

She teaches the art of mixed media in classes and online ecourses here and at Skillshare. 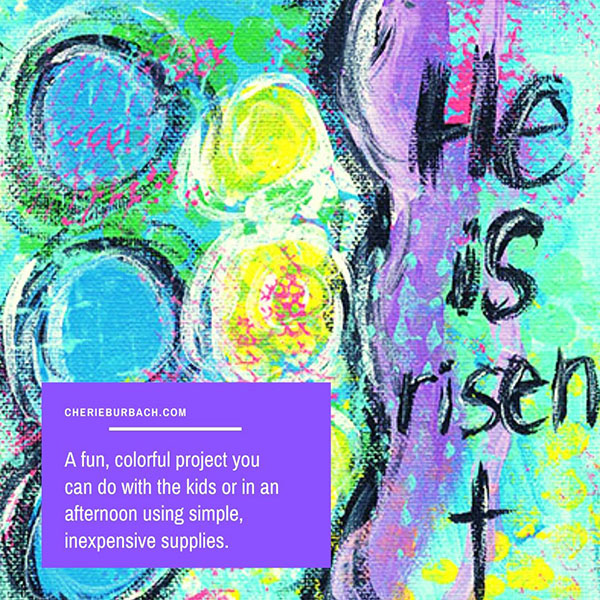 I'm just about to send out a newsletter, and I've

In these uncertain times, it's natural to feel fea

Acts of kindness are really just ways to keep your

It's National Poetry Month, have you heard? My boo

Poetry is one of the ancient arts, and it began as

New original for sale! Just $65 and if you use cou

Join me for a fun and colorful project just in tim

New original for sale. Boy, am I feeling this vers